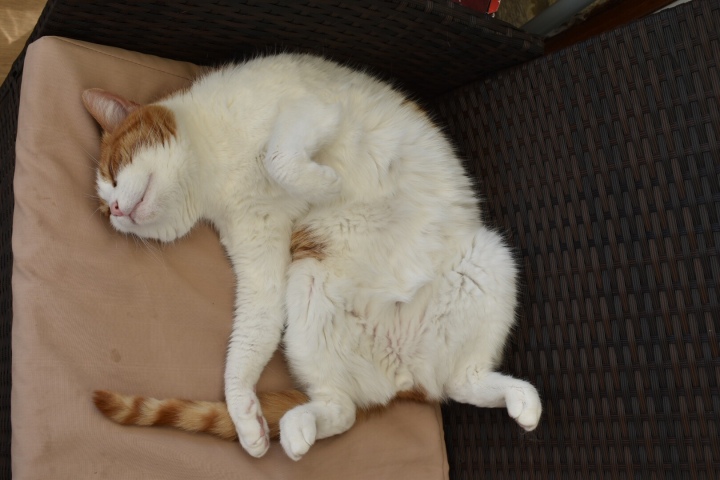 Not just for the pets.

First we played football in the garden. Son wasn’t keen on using his boots so I dug out mine as well. As a I put my boots on I warned son that they would be hard to walk with on the pavement. He was fine but I perfectly demonstrated the point by going ‘arse over tit’.

About an hour later I was again on my back. This time I made the mistake of trying to walk on our bathroom floor with just socks on. Sheet ice is easier to walk on.

While I was on my back I spotted a sheet of paper under a sideboard. It was a photocopy of a checklist school had given us years ago. A checklist about Aspergers. Son was keen to see how he compared to the bullet points.

Repetitive or persistent behaviours
Children with Asperger’s disorder might:

As you can see the checklist was a bit mixed in comparison to our son. All kids (and adults) are different with their own specific traits. And these traits change over time. Also it is common that Aspergers will not just be the only diagnosis – frequently it interacts with other medical and psychological conditions. I’ve not seen a checklist yet which completely ties in with our son. Probably never will.

Maybe one day we will have a go at a specific one for our son. One that takes account of Aspergers, Dyslexia, ADHD, Dyspraxia. But not today – back and buttocks are too bruised for that. But off the top of my head (or from the centre of my bruised posterior) maybe the above checklist could have added:

I will leave it at that. Let’s not assume all people with Autism and Aspergers are the same with identical traits. It’s not just stereotyping round Rainman. Equally it’s not just about stereotyping around being geniuses like Einstein. Everyone is unique.