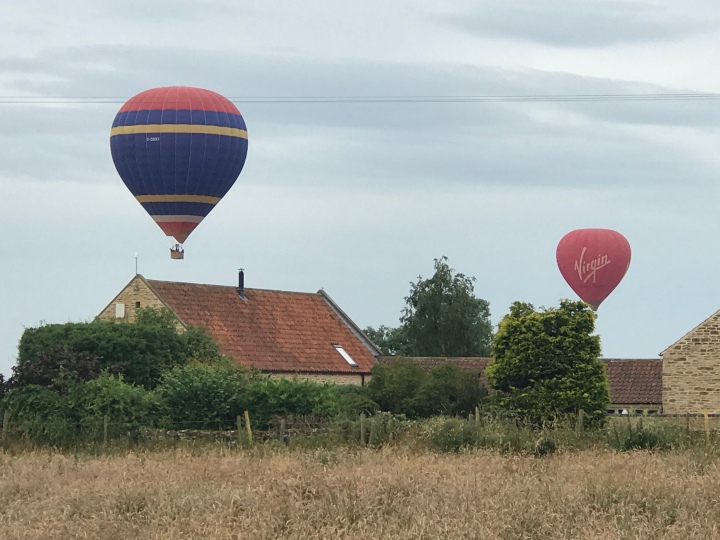 Not a sight you expect at 7.30am when you go to see what the dog is barking at. Makes a change not being the main source of hot air in the village.

Last Saturday we watched Fantastic Beasts and Where to Find Them. Call us both Philistines but we preferred this to any of the Harry Potter movies. I never really warmed to Harry Potter – often thought the movie series would have been improved without him. Is it bad that I found myself siding with whoever was fighting against him. My version would have seen him bumped off quickly then Hermione, Ron and Neville taking the good fight forward through the rest of the franchise. That’s probably explains why J K is super rich and I’m not…..

Anyway I really warmed to the main wizard in Fantastic Beasts. Way more interesting. Son also really liked him. After about 10 minutes of the movie son said

Well I think Newt has Aspergers. The way he stands, minimises his eye contact and talks is so Aspergers. He clearly finds the human world alien and has really special interests.

I like the way the film doesn’t hide it or make a big issue of it. He is clearly the most normal character in the whole film. He is just nice.