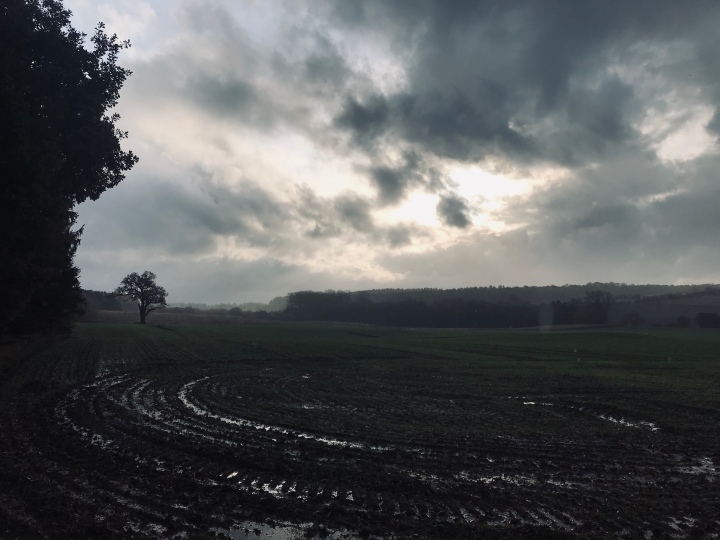 Running is such a release for me. It was such a shock when I was advised to stop due to injury. As I’m no spring chicken I feared that was it. But luckily a period of recuperation and a completely changed exercise regime has got me pounding the trails again. Some days you think WHY…..

Drenched, cold and running into a 20mph wind. Unfortunately I’m not what you would call aerodynamic. Today I felt like a tub of lard. An unfit Tub of lard would probably have gone quicker into that wind than me. At least nobody witnessed my struggles. These winter months it feels like I have the place to myself. Splendid isolation it might be but oh for the occasional running partner.

Splendid isolation is a phrase our son likes. I think he’s decided that he would love to have a circle of friends while getting as far away as possible from everyone else. I think most of us probably feel that way these days.

As a parent you desperately want your kids to be happy. Seeing the world through my eyes I often see happiness in terms of him spending time with a range of friends. Yet in reality this doesn’t happen. Over the last 16 months he’s been invited to one birthday party and probably had no more than 5 or 6 meet-ups (if that). The friends he made at his last school have slowly drifted into new friendship circles. The way his new school has put him in a class with none of his old friends has not helped. When I spoke to the school they argued that as he was basically low attainment they didn’t have any option open to them. Read low attainment as being dyslexic and being on the spectrum. And NO school – sitting a random kid next to him in a class does not count as a friend. Last year he did start to make a couple of friends in his class but both kids were moved up into a higher class in the summer. Out of school there are no kids his age in the village. Hardly any kids at all and certainly no communal play facilities for miles. But that’s through my eyes.

Through his eyes it’s Splendid Isolation. He will find the right people to be friends with in his own time and in his own way. Until then he’s more than happy with his Old Pop and doing things on his own. It’s important that we recognise that everyone is different. And difference is a good thing. To me being so isolated is a significant cause of anxiety – but not to our son. To me running is a brilliant releases – but to our son running is monumentally boring and should be restricted to no more than the occasional 5 yard burst. He does have a point.