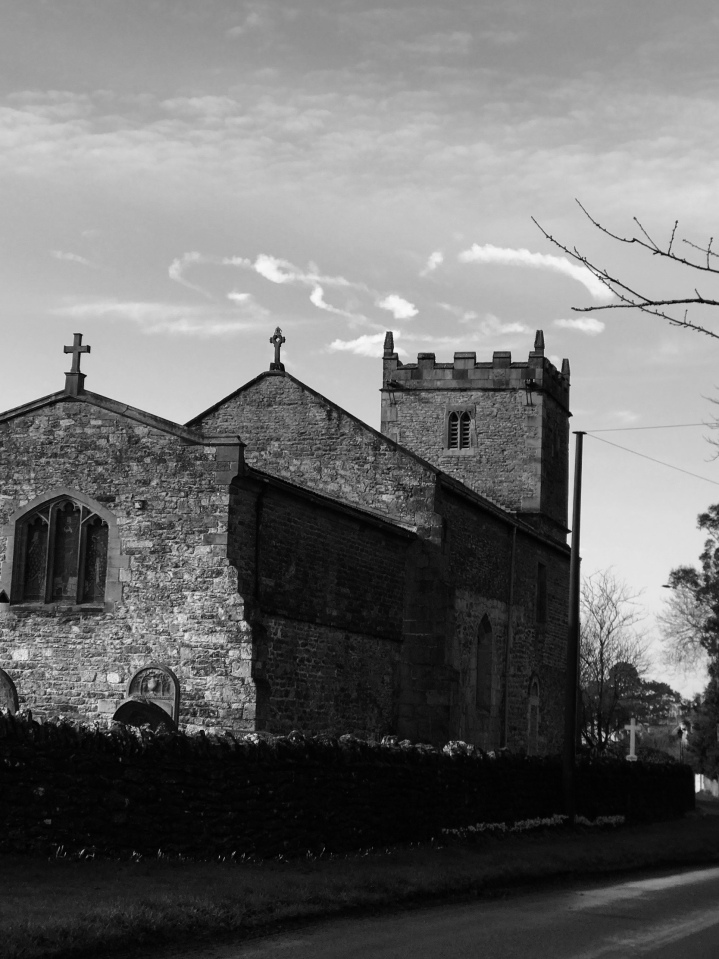 Above the church it looks like that an RAF pilot was bored and decided to try and do a signature in the sky. Hope he was smiling when he did it.

Late last night I was watching the Queen biopic and my mind wandered again. Sometimes my mind wanders that far I’m surprised it makes it way back before breakfast. Actually maybe it doesn’t – that would explain things….

Anyway I was watching Queen and thinking about concerts. In all the years we were a couple, we only went to four concerts together. She somehow managed to convince me to see Ronan Keating TWICE. Don’t tell anyone that as I might get kicked out of the Mongolian Heavy Metal Grunting Club. I managed to convince her to go and see Meatloaf (the deal was I drove and she could drunk wine). The last concert was Tom Jones – I resisted the urge to throw my underpants at him…

I guess like most couples our rock and roll lifestyle went out of the window when we became a family. That was it. No more concerts together.

PLEASE don’t take this the wrong way. This is not a sad post. I’m smiling while I’m writing this. There was a very good reason why we didn’t see many concerts together. We had completely different musical tastes. Her cds have not been touched in the last three years. Why? I could say it’s because it just wouldn’t be right. Listening to the music would make me sad. Actually the real reason is that I’d rather listen to a chainsaw grind on for hours than endure any of her cds. I will never get rid of them, but they are never, ever going to be played by me. They have become a thankfully silent reminder of our differences. The differences that made us work as a couple.

I can only think of one other possible use for them. If you haven’t seen Shaun of the Dead then this will make no sense. If we ever have to fight off a zombie attack with only our record collection, then her music is fired first….

I guess the point of this post is to say that

just as it’s ok to cry when you are bereaved, it’s absolutely fine to smile as well. It’s your bereavement, you do whatever you need to do with it.