A new day. Let’s not allow any crap from yesterday mess up today. The cynical side of me is shouting – today probably has enough new crap to keep me occupied. But today is a new page and let’s see what it brings. Pigging lots of fun I hope.

Late last night (430am) I finally gained some control over my two brain cell super computer. My mind wandered to the stuff which social distancing is stopping which we could run virtually.

Virtual fashion disasters as we can do whatever we like in our homes. Really go for it

On the subject of making pizza. Well that’s what we have just done.

Yes it’s not to Pizza Express standards. But we don’t care because we had fun… and yes I know the work surface needs a good clean…… Our pizza session also introduced a new concept to me. Ethical Cooking Balance.

Son looked at my attempt. A pizza which was completely dairy, gluten, meat free. Then back to his. A normal ham, full on dairy pizza.

“Dad I think your pizza looks a bit sad. It needs something. Maybe some proper cheese and ham”

“Well son it won’t be ethical then would it”

“Well think about it. I will take some of my existing topping and put that on yours. You then put some of your ethical topping on mine. We have not used any less ethical products and not used any more unethical stuff. The quantities are exactly the same as before. But now my pizza is slightly more ethical and yours is slightly less ethical, but will taste infinitely better. So we still have balance” 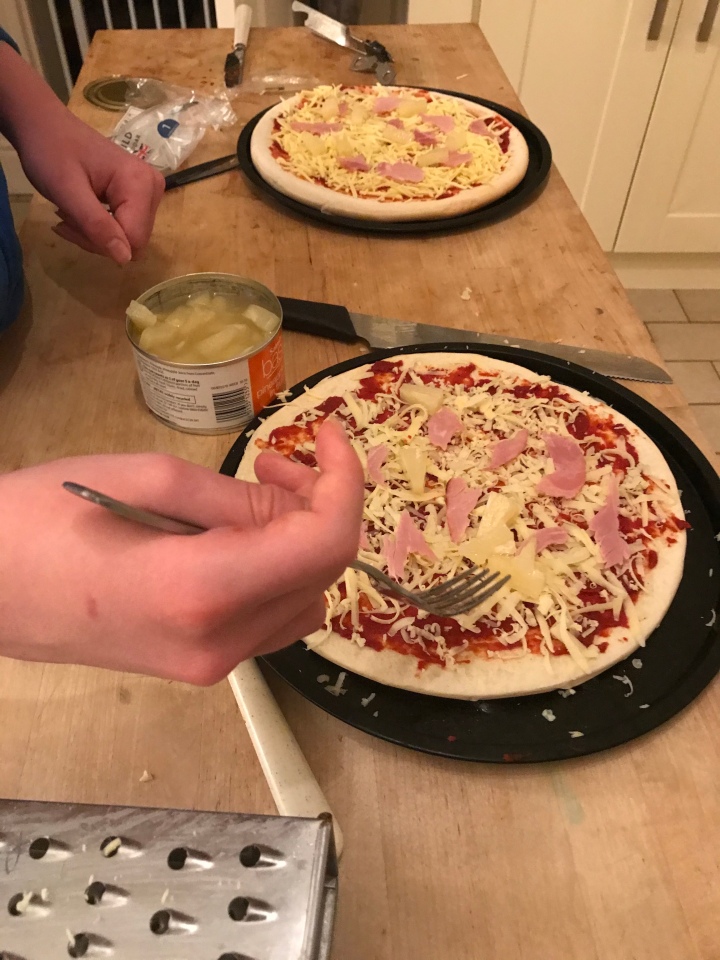 I tried but couldn’t really argue with that. So that’s what happened. And yes he was right – it did taste so much better….