Three years since I last stood here. Lindisfarne, a tidal island off the Northumberland coast of North Eastern England . Otherwise known as Holy Island. A place with a rich religious heritage dating back to 635AD.

It’s such a beautiful and evocative place. We would regularly visit here as a couple, as a small family and now as a family of two.

Saint Aidan came from Iona to found a monastery here. Iona is a small island of the western coast of Scotland. He must have liked wind and rain. Shall we say both islands are a tad exposed.

It’s a place I’ve always wanted to move to. Cut off from mainland for large parts of the day. Feels like you are surrounded by the vast open water on all sides. No escape from the unique feel and smell of the sea. A great place to think and breathe.

Not great for the waste. I would live off Fish and Chips…..

I’m talking about this as my mind wandered today. Hawklad is getting older. Won’t be many years before he is 18. Where did that time go. If he’s Independent then MAYBE I will need to find a new place to live. He’s always talked about never moving. So it might be be packing the bags. How knows maybe the bags will head here.

But it’s such a feeling. Such a big step. The thought of potentially starting again

I could go on. Hopefully you get the picture.

Don’t get me wrong. I love my brother and sisters. We are close. Close but we don’t see each other much. Mum was always the centre. The gravitational pull that kept the various differing orbits from spinning away. I will see one sister every few months. Another one maybe a couple of times a year. Brother and the other sister maybe once in several years. An occasional phone call or text maintain a link. But since mum left we are slowly spinning apart.

I will leave the final words to my departed partner. We were spending a night in London before we caught the first train to France. Off on our first holiday together. That was back in 2000. We were in a quiet but very full pub in Kings Cross. After a large lager my partner asked about my dieting life choice. In a voice which echoed round the pub. “Are you the only VEGETABLE in your family…”

Yes I probably am…. 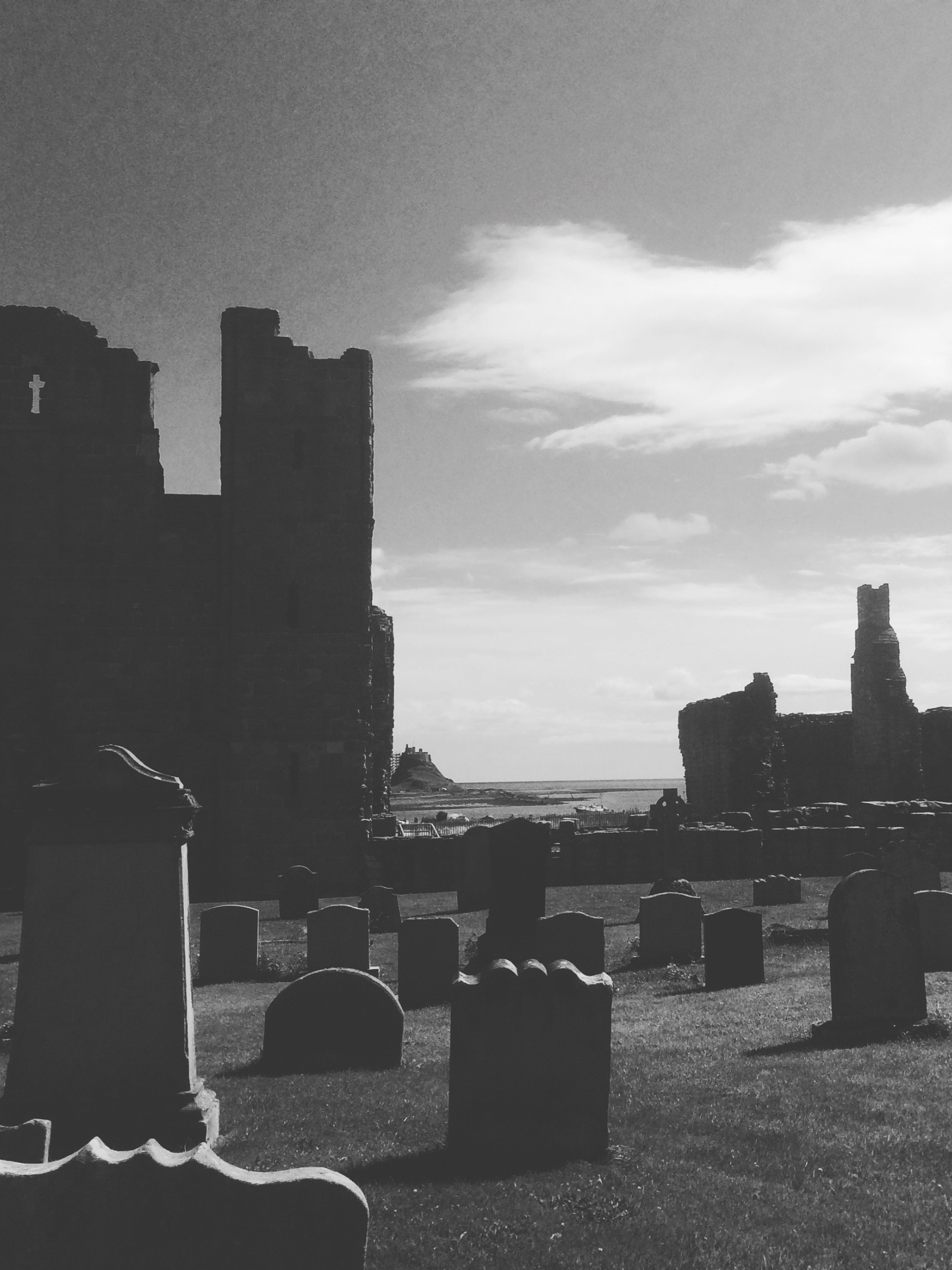 I don’t know why but last night I had a dream about a trip we had a couple of years back to Lindisfarne. A place called Holy Island. You have to drive across a long causeway running out into the North Sea. After a few minutes you arrive at the small island. You can only drive onto the island at low tide. The monastery was founded on the island in 634 by Saint Aiden. It became the base for christian evangelicalism in the north of the country. In 793 it was raided by the vikings and that raid is often seen as the start of the Viking age.

Son absolutely loved this place because of the history. He also liked the thought of walking somewhere his mum had been. We had a lovely holiday here before we became a family of 3.

Don’t know why I dreamt about Lindisfarne. In the dream we were stranded by the tide. Couldn’t get off the island and everywhere was locked up. And the vikings were coming….. Not sure if my car security is Viking raider proof. It will almost certainly invalidate the car insurance.

I keep reading that so many people are having weird dreams at present. I’m certainly on that list. Not going to try and explain it. All I can say is that I do like a good dream but not the endless sleepless hours which seem to follow mine these days. But I am so lucky. A warm bed. Hot drinks on tap. A safe home. Books to read. Old photos to look at. And I am not alone. Tired yes but I can work round that. I’m ok as long I’m not asked about Quantum Theory or French Verb Conjunctions…..

Tomorrow the next storm arrives with the threat of 36 hours of torrential rain with damaging winds. But on the bright side at least the ground is dry and not already saturated!!!!!!! Yes it just too wet.

SORRY. But I’m British. I don’t have any problems talking about the weather.

School has now broken up for a week. It’s been a rough couple of months with incessant home work and exams. A week at home will do our Son the world of good. We have put the keys away and let’s see if we can do 10 days without using the car. Definitely good for the environment and a test of how well I am adjusting to this self contained lifestyle. It’s ironic that my partner really desired that isolated lifestyle yet I’m the one who is finally living it. She would love the peace and quiet reflection. That was founded in her religious beliefs. She came from a very strong Quaker family. Sadly I’ve been to far too many Quaker funerals over the last few years.

It’s strange I find it very difficult to talk or write about religion. I guess that partly comes from my Dad. He would drill into me the following words

Whatever you do there are three things you never talk about if you want to avoid an argument. Politics, Football and Religion….

Well before you ask – for me that is

Left of Centre (Labour), Newcastle United and Church of England.

On the first two we have a bit of a pattern. Labour has only won 3 out of the last 11 elections and Newcastle haven’t won a trophy since 1969. Picked the wrong side…..

So I can happily talk politics and footy but religion still makes me clam up. Sometimes rather embarrassingly. Several years ago I was invited by a fellow Newcastle Season Ticket holder to go to his daughters christening. It was happening a couple of hours before a match at a Roman Catholic Church. Perfect timing. It was a lovely service but then the congregation was asked to take Holy Communion. When I was asked I declined. I came out in a cold sweat and struggled to say I’m not catholic. In the end I blurted out ‘I’m the other side’. Understandable this produced a strange look. Poor chap probably thought I was a devil worshiper….

Even that brief last paragraph has unnerved me. So I tend to keep my religion and my views on it strictly to myself. Which is bizarre given my propensity to waffle – especially about the weather.