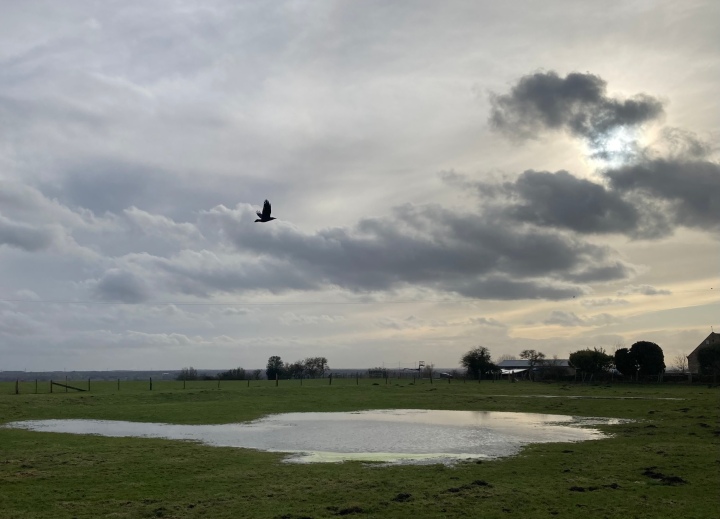 Could I argue that this was a Golden Eagle catching fish over a mountain lined lake. I could but others might have a different view. If we don’t listen then we often get the wrong answer….

I was listening to a member of the Government being interviewed about schools on the BBC. The interviewer listened politely to the answers agreeing with everything that was said. Never asking for the evidence or questioning the view. All very friendly and very smily. Then a scientist was interviewed with a differing view. The interview was very different. The scientist was constantly interrupted, never allowed to answer fully. Often basically accused of being biased. Part of the problem. A very hostile interview.

That’s the problem we are not allowed to have a balanced open discussion anymore. It’s very much you are with us or against us. It’s not just Covid, it’s everything. I heard a leading Government MP say that any Firm that doesn’t support Brexit fully would be penalised.

So where are we with schools. They largely remain shut until the 8th March. Next week our so called Leader will tell us the plan. There seems to be a media blitz telling parents that schools are perfectly safe. Children have to be in schools as no other options exist. Nothing to worry about. The only change needed is to get pupils to wear a mask in a few more shared areas but definitely not in classrooms. Parents will be issued with Covid test kits so they can test their family regularly. The evidence from Europe and here shows that schools don’t spread the pandemic at all. Children are getting infected only in households. Infection rates are falling. More people have been vaccinated. Doubting parents will be subjected to a Advertisement campaign to reassure them. Those still doubting will be warned about fines and penalties to if they fail to send their children back.

There are other views.

Different views but we are only supposed to hear one. Just maybe the best way going forward is to be open with what we know and what we don’t know. Let individual schools work with the local health services, parents and pupils. Develop local solutions that work the local circumstances. Give them the support to make long term changes. Provide an enhanced national home schooling resource pool. Then trust parents and children to make the right call for them. Surely that’s a better route out of this mess.