This is the final instalment of our unscripted and unplanned day trip. So far we have ventured to Kielder Forest and Kielder Water. So where next. After a series of left and right turns we are driving along a road when.

Dad stop. That most be Hadrians Wall. Ok it could be a farm wall. But it looks Roman to me.

It was the famous Roman Wall and ten minutes later we were trying to find a parking place at a Roman Fort.

Dad this is really busy. Too busy.

Luckily after buying tickets (while son hid in the car) I was able to find an alternate way onto the site avoiding the crowds. Hopefully the sheep in the neighbouring field didn’t mind us trespassing too much. It would have been such a shame for our son to miss this piece of ancient history. 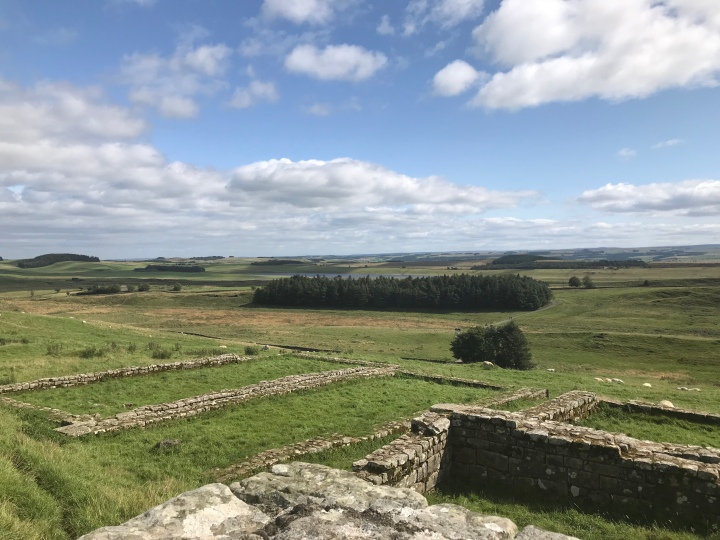 Housesteads Roman Fort was built around 124AD to help defend Hadrians Wall. The wall was 73 miles long and stretched across Northern England from the Tyne to Solway Firth. It marked the northern boundary of the Roman Empire.

When it was constructed the wall was up to 20ft tall. 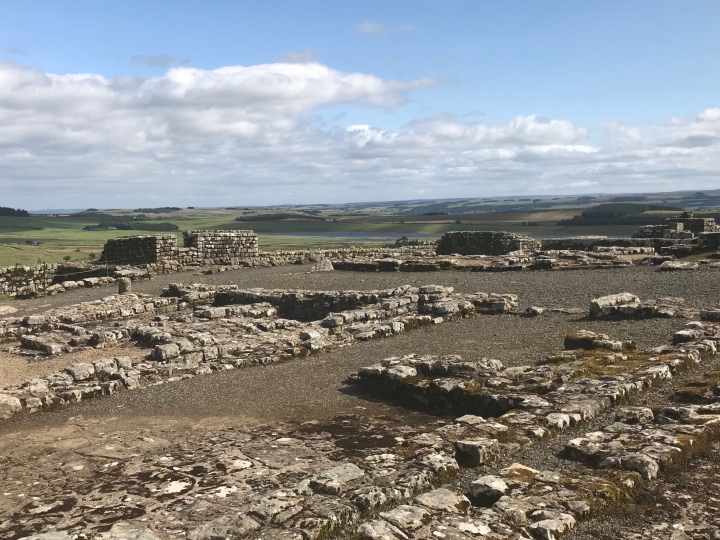 Housesteads is the most complete Roman fort in Britain. It stands on a stunning Northumberland escarpment. Can’t think of a more stunning location for a history lesson.

I wonder what the Romans would have made of me. Aspergers wasn’t even a word back then.

Before I could say anything he smiled and said.

Maybe they would have just said he’s on whatever Nero is on.

Back to the Fort tour. Son had obviously banked a considerable amount of information about this Fort from somewhere. No need for a guidebook.

As son was lost in a dream I wandered around the Fort silently with him. Trying to imagine what the site would have been like almost 2000 years ago. Good job the Romans installed steam underfloor heating. Would need it in summer never mind winter. Then another thought. All those years later and we are still trying to build walls. Put up barriers to try and protect our way of life. Have we learned nothing in all those years. Actually our PM is increasingly Nero like. A few other countries have their very own modern day Nero’s.

George RR Martin has revealed that Hadrians Wall provided the inspiration for Game of Thrones. The imagery of the book and it’s Wall are strong and echo that of a Hadrians Wall all those years ago. Romans stood on a huge wall marking the very edge of their civilisation. That view to the unconquerable northern lands must have been truly frightening.

Dad it’s funny when you think about it. The Romans would probably now be standing in the opposite direction, looking South and thinking the same frightening thing. A strange, scary land.

And with that we head back home. The road trip has been a great success. Especially as I only thought we would be having a random visit to somewhere local in Yorkshire.

Dad I’ve decided we need to have more road trips to make sure I visit the 12 new places. One needs to be to Scotland. Sorry Dad that might mean we are setting off before we go to bed.