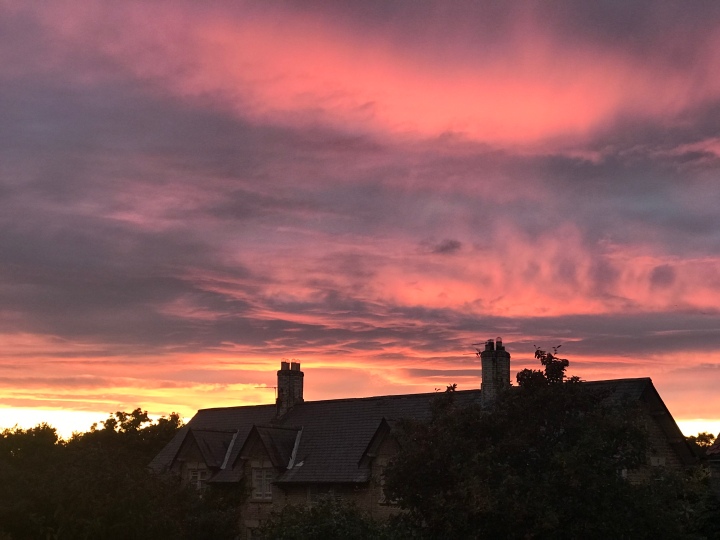 As a kid I’m sure I thought the phrase was

Red sky in the morning the angel delight has gone.

I’ve not had Angel Delight since a time when my parents thought it was cool to dress up the youngest child in a brown cardigan and Joe 90 glasses. Joe 90 is really showing my age. Just in case your not 945 years old:

Angel Delight is a powdered dessert which depending on the stirring technique either had the texture of liquid silk or cheap lumpy wallpaper paste.

What on earth is this

Is it supposed to be lumpy

Not really. But you don’t have to eat the lumpy bits.

So yet another parenting disaster. Even the dog showed no interest in the potential for leftovers. I suppose the aim was never to get son hooked on all those E numbers. It was more distraction. Distraction from the previous days meltdown and from the upcoming anniversaries. His grannies leaving us anniversary is in a couple of days closely followed by his mums anniversary. Sandwiched between the two is a return to school. Yikes.

I am reminded of Angel Delight by a recurring memory of my partner making herself a milky rice pudding most nights. It’s often the little things which produce the most vivid memories. The glass bowl she made the puddings in has remained unused since she left us. It’s kept in exactly the same place on the worktop – it is occasionally dusted down. I could probably do with a good dusting down these days.

This afternoon we are taking the distractions to a whole new level. The biggest bottle of sugary coke and a bag of mentos. Wish us luck as we try to split the atom…..