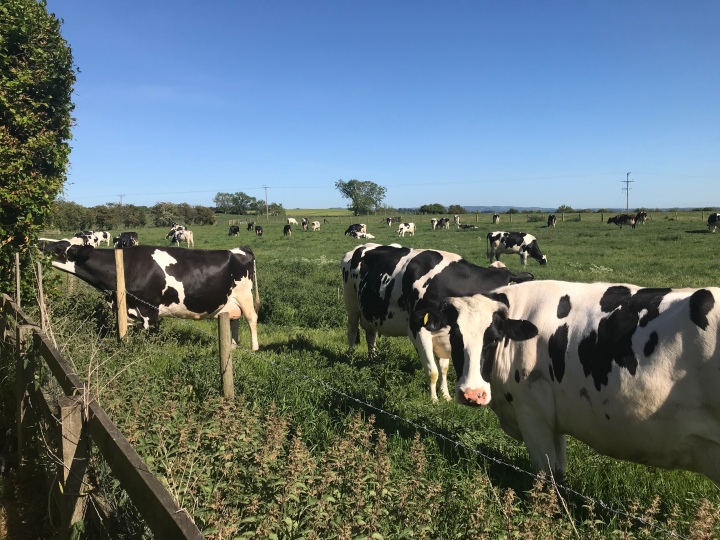 Ok social distancing may have gone out of the window in my country but really. In the farmers field as well. Boris Johnson wants to go for the herd immunity approach. Well here it clearly is in operation.

Spain have deemed it’s not safe to open schools up until September. On Monday Boris Johnson is trying to force some English schools to open. According to him – it’s safe. According to an increasing number of the scientists who advise him – it is not.

Over the last three days Spain has has 3 Covid related deaths. The UK has had over a 1000 covid deaths in the same period. Let’s put that further into perspective. The UK total covid deaths yesterday was more than the combined numbers across most of Europe. Adding together the covid related deaths in Germany, Italy, Spain, France, Turkey, Portugal, Belgium, Ireland and Poland and the number is still much lower than here in the UK. This is a virus which has not yet been contained. Yet our Government tells a different story.

Johnson is not fit to lead. He is not my PM. I will ignore him and we will chart our own course. This is one household where schools are most certainly NOT reopening in June….

Many other people are now completely ignoring this shambolic government. People are making their own rules up.

I can’t blame people for doing this. I’m doing it. That’s what people do when you give clowns and charlatans the keys to power. My worry is this

Yes many will be cautious and act responsibly. But how many will be reckless and endanger the wider population. From the photos and videos the answer appears to be – far too many.

Important life lesson number 1 – If you ever rip your running shorts on a fence don’t try to repair them.

A few weeks ago I managed to rip asunder my running shorts when I jumped a fence. As money is a little tight I decided to repair them and I have to say I think I did a rather fine job. Several runs later they were as good as new. Until today….A couple of miles into my run this morning I experienced the dreaded unusually cold under carriage feel. Yes the shorts had completely ripped again. In effect I was running in a short miniskirt.

As I pondered my options and with perfect timing a couple of female joggers appeared in the distance. Panic. Only tactic was to try and keep the distance until I could branch off onto another path. Unfortunately the two joggers were quicker than me. The gap kept closing. All I could think about was the sight the two poor runners would be exposed to. One last option. Stop and pretend to tie my shoe laces.

Have you ever tried to tie shoe laces while keeping your buttocks as close to the ground as possible. Just a couple of seconds after I was passed by the the joggers my balance gave out and I ended up sitting backwards in a muddy puddle. So now I had to get back to the house with ruptured shorts and an embarrassing muddy patch. Then a moment of genius take off my red running jacket and tie it round the waste. Much more protection unfortunately for one area although the thin Red T-shirt left on is not really designed for Yorkshire conditions. Distinctly chilly.

Thankfully the next few paths were wonderfully deserted. Within a couple of miles of the house I opted for a prudent shortcut across the farmland. As I passed the first gate I noticed a new sign but assumed it was the usual keep your dog on a lead. As I jogged through the cow field. I noticed one particularly well built cow clearly eyeballing me. Then it dawned on me what the sign said.

Do not enter Bull in field. Hang on a minute I’m yards from a bull and I’m wearing a red T-shirt and have a red jacket around my waste. I told myself that bulls are colour blind. So I did the only rational thing and engaged numpty panic mode. Quickly I ripped off the jacket and T-shirt. Quickly hiding them behind my back. The ultimate bull protection – go topless. Then I set off walking backwards as I kept my eye on the big fella. Bad idea as I tripped over a tuft of grass and now landed in a cow pile. Bare back and Cow Stuff is not a great feel.

So yes I made it home in one piece. Clearly wearing significantly less clothing than I set off in. My buttocks and back having enjoyed a free detox and toning application. AND desperately trying not to think of how much counselling those two unfortunate joggers will end up needing. 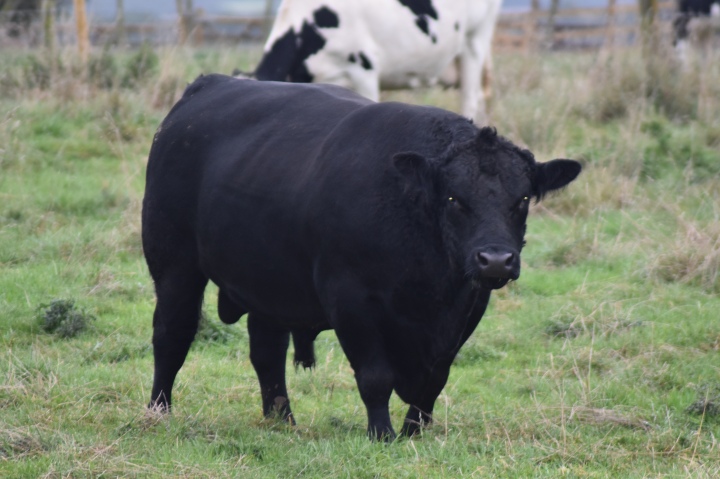 Three things from this photo

The dog has many buddies. Our fat cat (he particularly likes him when he is covered in food and he becomes a mobile dinner plate). The Frog and the Toad who he desperately tries to lick when they hop across the garden. The Pigeon who he follows round the garden. The Sheep who he likes sniffing. The Squirrel who buries his nuts in our lawn and the dog who goes round digging them up. AND TWO COWS.

The farmer has a herd of cows in the field which backs onto our garden. Something like 30 cows and he will bark at 28 of them. Especially if they come anywhere near our (sorry his) fence. So they tend to keep their distance. But two cows are different. Two are clearly special. He doesn’t bark at them, just wags his tail furiously. When the cows see the dog they immediately head towards the fence and meet the crazy mutt. Then the meeting of species gets a tad personal. Nose to nose, looking into eyes and much licking. I’m not sure who has got the worse of this arrangement. Not sure I fancy being licked by a cow but I’m not sure a crazed Captain Chaos lick attack is much fun either. This lasts for about 5 minutes then they slowly walk along the fence munching on grass. This can go on for hours – it’s the only time the dog does anything slowly. Yes our dog pretends to be a cow.

Have any of your pets had strange buddies?