General Elections in the middle of December are unlikely to be conducive to establishing that festive feeling. So we arrive at Friday the 13th are still no thoughts of Santa. So action was needed. Time for a train journey

A train journey with a difference. The Northern Lights Express on the North Yorkshire Moors Railway. 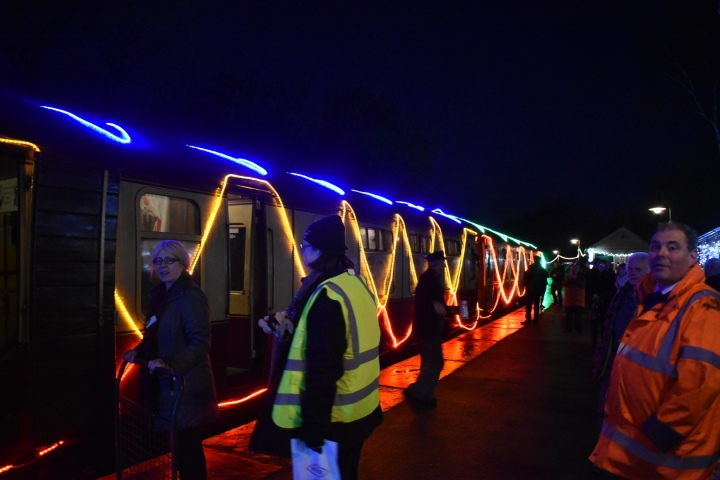 The North Yorkshire Moors Railway is an historic 18 mile line that runs across some of the most beautiful countryside in Britain. It’s a not for profit charity with its daily operations carried out by volunteers. It has a fleet of historic steam and diesel locomotives. It is special to our son as his Grandad helped establish the Trust which eventually reopened the line in 1973.

So on this night. The entire outside of the train was decked in lighting. Inside decorations and mulled wine. Son tried to convince the nice volunteer to let him try the wine. But she resolutely stuck to her guns

“Sorry your just a few years to young. Maybe your Dads old enough to buy one”

His reply made me crawl under the table.

Look at his thinning hair on top. That’s tells you he’s way past 18.

The fairy tale story was told and we board the train.

Look out the window at the magical looking forests while listening to Christmas music. The announcer lets everyone know that the Driver has spotted some magical creatures ahead. The carriage goes over a bump in the track and Son instantly informs the carriage that ‘the trains just hit one the magic creatures’.

Then the creatures appear in the forest.

On the return journey it’s a Christmas Quiz and a Sing Song. That’s the first time this year I’ve tried to sing a bit of Wham. The first part of the journey pulled by a B1 Class Steam Engine built in 1947. 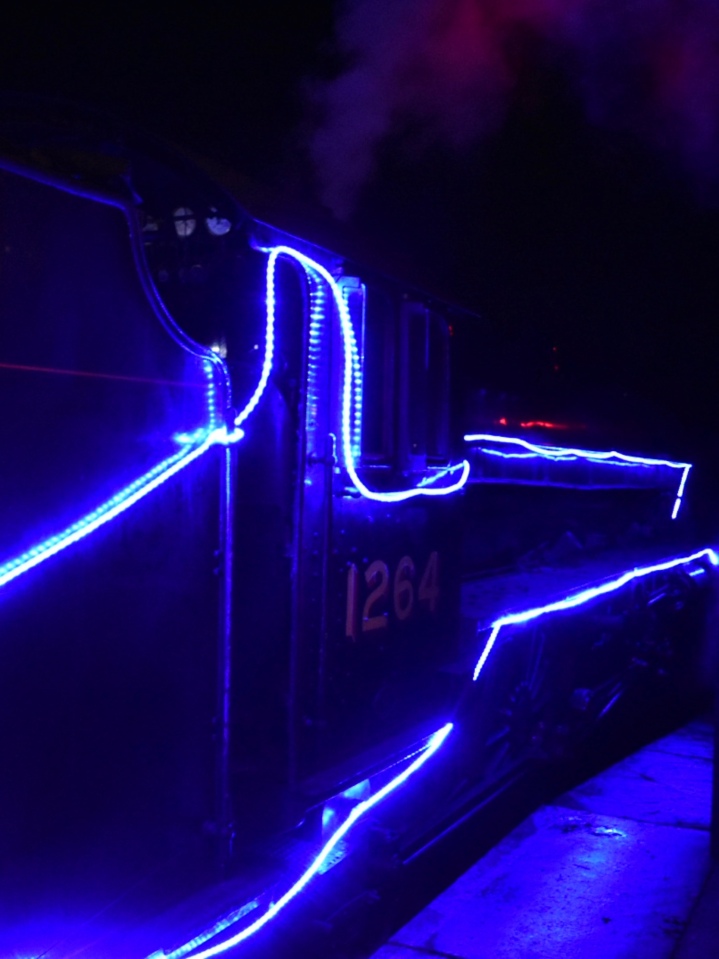 The engine pulling the return trip is called Sybilla and is 54 years old.

The election is forgotten for a while and yes it feels a lot like Christmas now.