Dad I hate art at school. It’s so strict. I always thought art would be fun.

Dad did you enjoy art at school then.

No hated it. We had a strict art teacher. But to be fair to her our school was a war zone. A 2B pencil or fine tip paint brush would be seen as a legitimate weapon by most of the idiots in my class.

My class is ok. It’s got some very nice kids in. Even the ones who cause all the trouble mainly get into trouble for really petty things. Like last week half the kids in the drama lesson got a negative because they forgot to bring a black T-shirt. The teacher said we needed one in the first lesson but didn’t talk about other lessons.

That’s too harsh. In my day you had to do something properly bad to get something like that.

Tell me about your mad class again.

We had someone who burnt the church hall down. Another boy was appalled when he found out someone else had been put on report for something he had done. He went off to sort it out. We assumed he was going to own up. That must have been plan B as he was caught trying to set fire to the headteachers desk. We ended up with two boys who went to borstal for robbery. Another boy who went to prison for attempted murder.

Are the two robbers those muppets.

Yep. While one of them broke into an off licence the other went to get a getaway vehicle. Unfortunately all he could find was an electric milk float. So a few minutes later they were trying to escape with the float engine burning up at 10mph with police cars in very slow pursuit. One of the muppets was on the back of the float throwing milk at the police. They didn’t get very far.

Shall I draw a picture about those two for Art. I still need to do my homework. Don’t won’t to get a negative.

No why don’t you pick something else. Something more arty. Why not a drawing of the farm. Or a flower. Something nice.

Ok, something nice it is then. 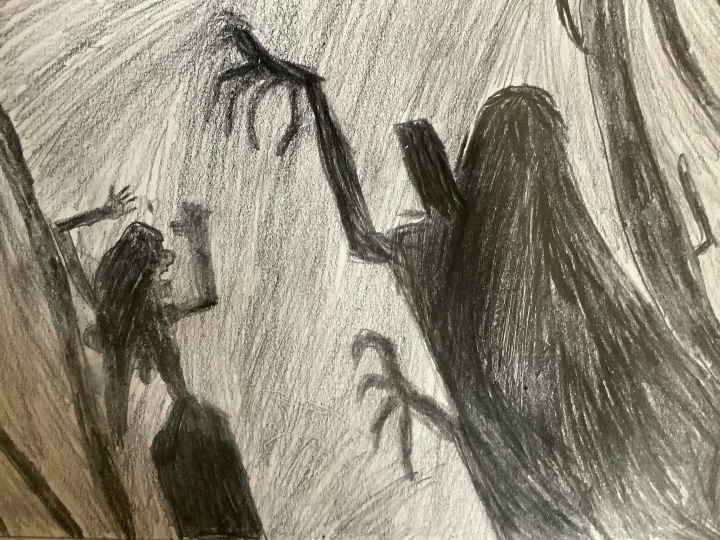