Another odd Yorkshire day. Mixture of sunshine and then chucking in it down. Warmish then freezing. Still and then gales. But it wasn’t just the weather that was odd.

This morning started with a broken works computer system. Won’t be fixed until this – Saturday so that’s several late nighters then to catch up. Didn’t really want any sleep this weekend.

Next came a heated exchange with school. Due to a school admin error son never got his Year 8 injection. Not an issue as the school nurse will be returning next year BUT just a picking minute. If parents or kids make one mistake it’s an automatic negative yet no sanctions on school when they mess up. Apparently in schools case it’s just one of those things as mistakes can happen. Have you had one of those calls where you can feel the blood go from boiling to nuclear. One of those calls where you are increasingly squeezing the life out of the telephone. This was certainly one of these.

The call rapidly moved onto the lack of support for our son and the refusal of school to move him (at least in a couple of subjects) to a higher set. Last school year his Form Tutor told us that he was performing so well even without support from school. She was one of the few teachers who seemed to understand dyslexia and autism. As his marks were in the top 2 of the class then he should be moved up in at least 4 subjects. Unfortunately she left in the summer. On the call school said the Form Tutor was incorrect and it is not just marks that determine academic performance. Now apparently he is viewed as being in the lower middle of his class with many children ahead of him. In effect he is a low performer and any moves up in set are out of the question. The call ended (to the phone handset great relief) with a terse Dad demanding another meeting with school and the council. Not that it will do any good.

Needing to cool the raging core meltdown within I went for a run. A couple miles into the run a hot air ballon appeared over the trees. A quick photo and off I set again. Head down. 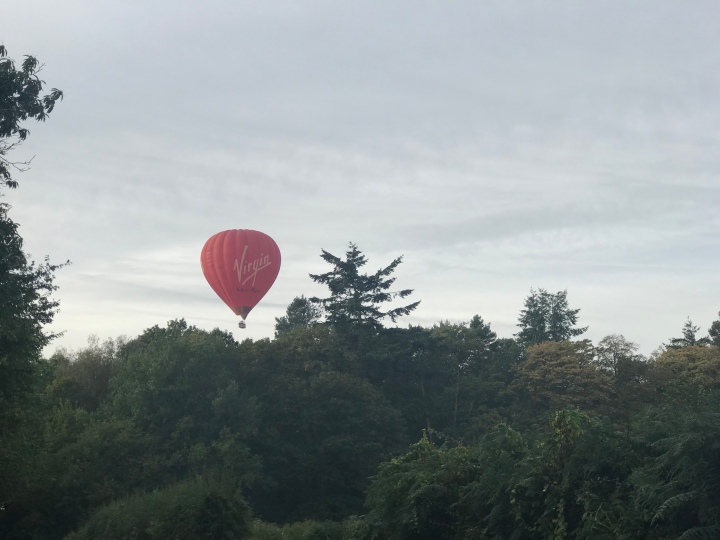 Running through the woods I started to hear voices. But nobody was insight on the path. Oh no it’s those Viking Ghosts. Then a roar of a burner above. Now the balloon was directly above and just above the tree line. I’m being buzzed by a mad balloon pilot. 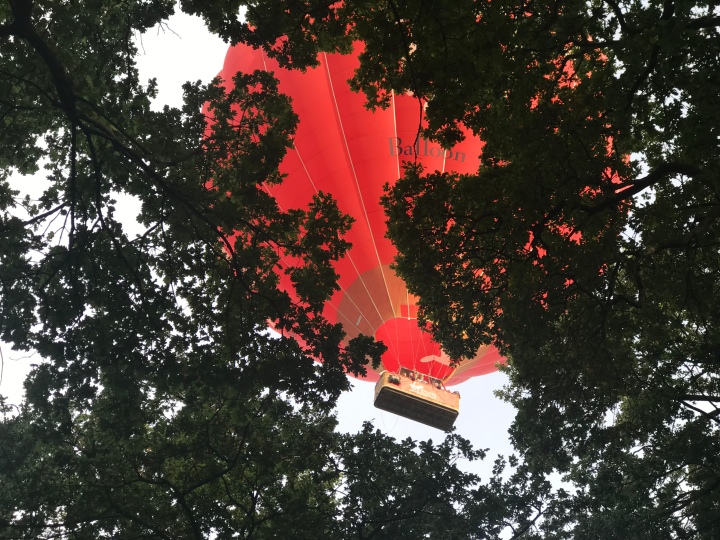 Then a shout and they started waving at me. You wouldn’t be waving if I had a pellet gun with me. 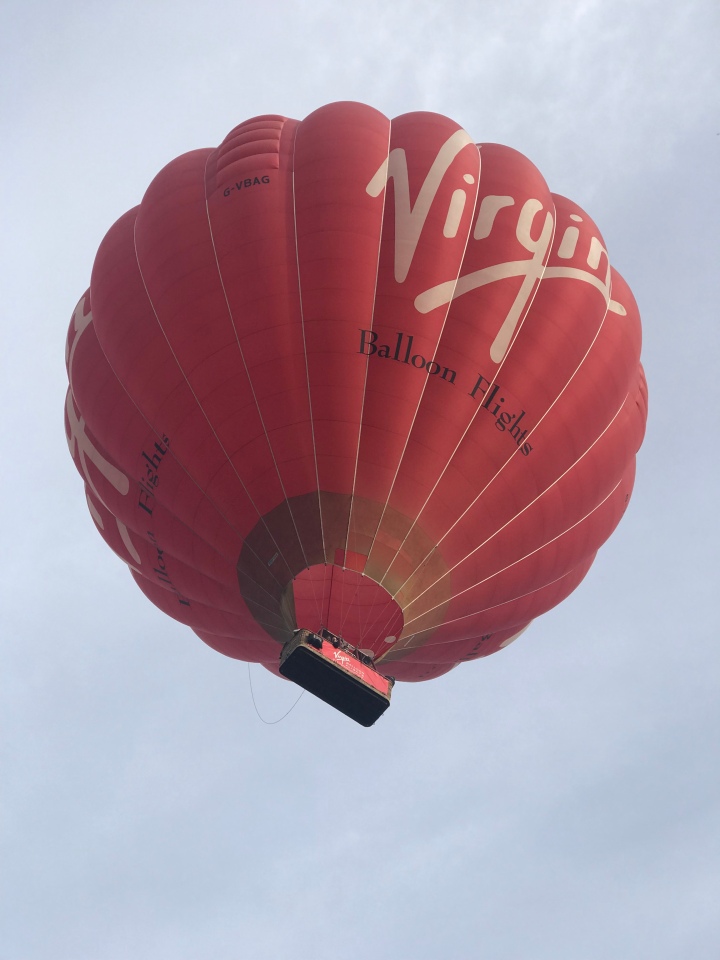 Then it slowly started to rise and off it went. 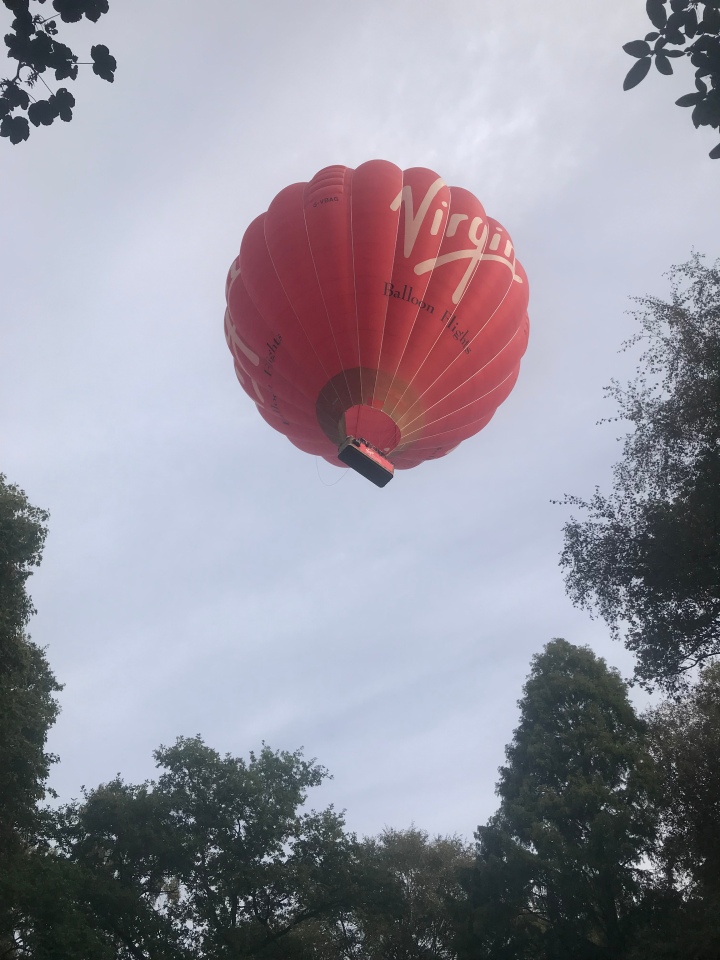 Just before school finished I had a dreaded dental appointment. Might as well buy a yacht in Monte Carlo – unbelievably expensive. I ended up being told off for trying to be healthy. I have always had lemon water when I am training. Even more since I’ve stopped drinking coffee. The Dentist was not impressed. Apparently lemon (even watered down) is really bad for the enamel. Good job I didn’t mention the super strength lemon drink I have when I wake up. So now I am supposed to switch to Cucumber Water or Thyme Water. Cucumber Water taste like the liquid you drink as the last resort if your stuck in the desert. I’m only guessing that as NO I have not drunk my own …….

One last odd twist. Son came back from school with a letter. The letter was issued to son before my heated argument with school. In a few weeks the school is having an awards night. And son is getting an award for the number of merit awards he got last school year. This is fantastic. BUT. Not sure how this tallies with the schools current assessment of him.

58 thoughts on “Another odd day”