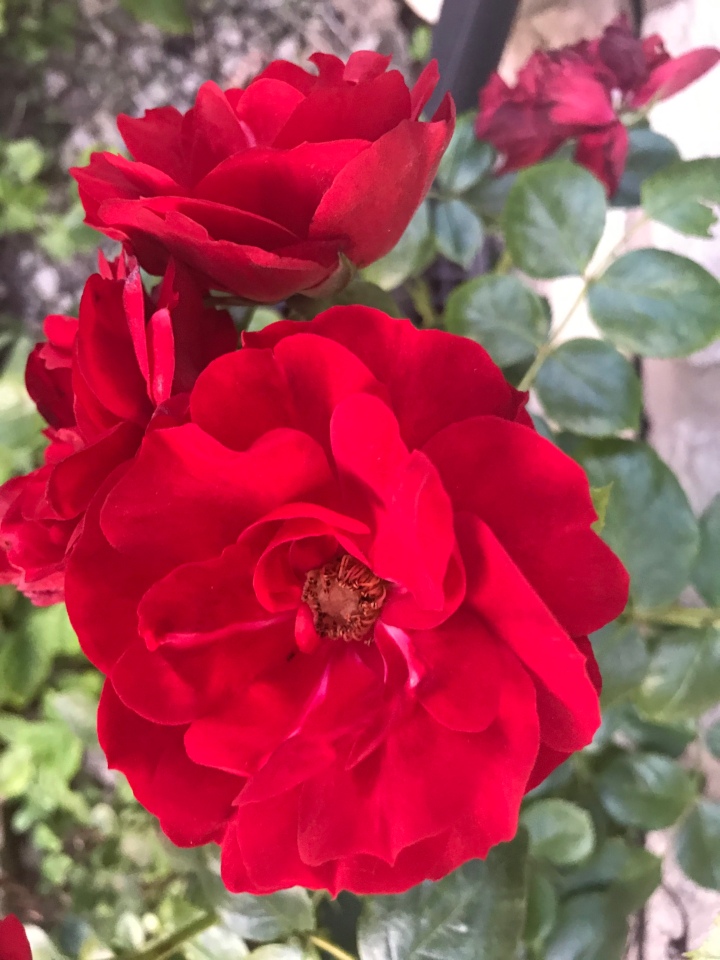 Maybe I can call our little part of the world a Rose Garden. Makes a change from Jungle or Weedville.

Well so far we have survived the boiler service. The chap turned up and to be fair to him, he did use a mask and gloves. He did confirm that it wasn’t me being a muppet. It had fuel. It was turned ON. He explained that it was the oldest boiler he had seen in ages. Possibly over 40 years old. It’s poor motor had finally died. Unbelievably he found a replacement motor in the van that just about fitted. So with a hefty bill winging my way he departed. Apparently after all those years it is still working at 90% efficiency. Wish I was that good at 40.

The thought of an outsider entering the house sent son into an anxiety meltdown. Unplanned visitors is not easy at the best of times for someone with Aspergers. But during a pandemic…..

To try and keep a lid on his anxiety we agreed a decontamination protocol. Thankfully this was carried out to the letter.

It might seem OTT but to our son this was the bare minimum which was acceptable to him. His way of protecting his safe place. He will be much less stressed out when that part of the house comes out of lockdown. Later we had a chat about all things pandemic and his anxieties. Clearly we won’t be dropping our local procedures for a considerable time. Putting aside the merits of homeschooling debate, I just can’t see how he cope function in a public environment any time soon. Certainly not in a crowded school at the start of September. Thankfully the concerts we were due to see have been cancelled. (The Who, Whitesnake, Foreigner, Europe, Aerosmith, Hollywood Vampires). We are down to just two in October now. Deep Purple and Ozzy. But I just can’t see them happening as well.

So maybe we start to adopt a mindset that actually our enforced house and garden lockdown will last into 2021. Will need to think about that. What additional things do we have to put in place to ensure that we both can continue to enjoy life for all those months. Maybe that industrial sized ice cream and slush puppy machine is not such a far fetched idea……