Warning. In some countries the self absorbed, moronic idiots are still in charge. 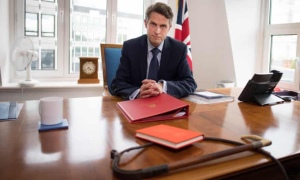 Photo from The Guardian

Remember this PRAT. He is in Secretary of State for Education. Yes the idiot with a horse whip on his desk. A bloke who has been recently described by a respected former member of the Government as a ‘venomous, self seeking little s**t’.

Well the Prat has spoken again. Apparently ‘a generation of children have lacked discipline and order during the pandemic’. So he will be launching a crackdown on behaviour in schools……

Is he going to bother revealing his evidence for his claim. Or as usual is he just getting his views from the a couple of extreme right wing political lobbying groups that he follows.

It’s odd as every teacher and parent I have heard have been praising just how good school children have been, how well they have reacted to the pandemic. They have been brilliant. An unprecedented time of disruption. Schools open and closed. Exams on and off. Exam results messed up by the actions of this prat. Not being able to meet with friends. Holidays cancelled. Sports and leisure activities curtailed. Living through such awful times. AND TOO many going hungry as families struggle.

But this prat thinks they need discipline. Has he forgotten that he was sacked by the last PM when he was the Defence Secretary for leaking official secrets. He broke the Official Secrets Act, behaviour that ends up in prison for mere mortals. Clearly someone with high personal behaviour standards.

How did my country go so wrong. So wrong that someone like him ends up running our schools. Now people will vote for him, it’s currently still a free country. They might agree with him. Fine but if that is how they view our younger generation then I have the same contempt for them as I do for this prat. The children aren’t the problem, it’s the people who think the way this prat thinks who are the real problem. The children are the future, the hope, the solution to this corrupt mess.