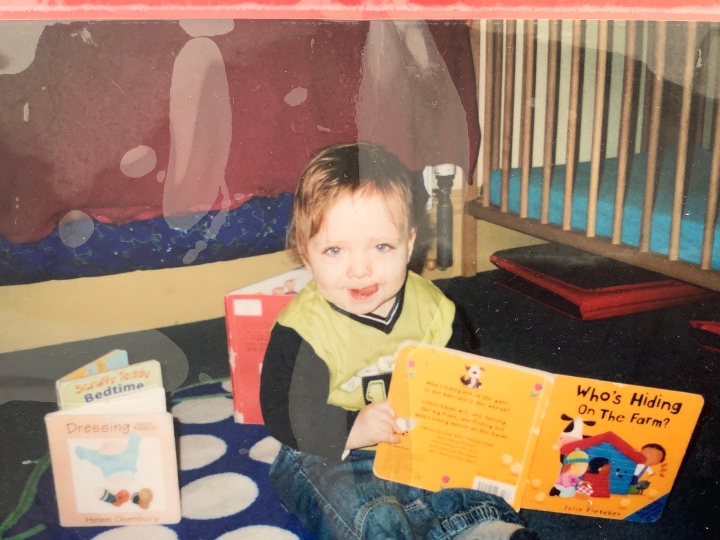 Pesky school played that trick on me again. Son is all set up for the next school at home lesson. THEN at the start of the lesson the teacher asks for work to be done which requires a plasticine model to be made. As we don’t have a fully functioning stationary and supplies cupboard, an urgent search of draws and boxes took place. Eventually a large ball of old Blu Tack was found. That will just have to do.

But in one of the boxes we searched was another find. A much more rewarding discovery. A laminated photo of our Son from his time at nursery. It was used as a name badge for his coat peg. I had completely forgotten about this. Suddenly all the memories start to flood back.

How things have changed….

Looking back at nursery he had about 10 really close friends. Friends he would spend so much time with. Over time families moved, kids went to separate schools and friendships faded. Currently only one of the nursery gang go to his school but they are in different sets. Even that friendship has grown apart. They will still wave and smile if they bump into each other but that is it.

It’s the same for the parents. Each one of those nursery friendships yielded a parenting bond. Family meet ups, barbecues, day trips out and close adult friendships. Those are now gone as well. Even with the one nursery girl still at his school, we have grown apart. Not spoken to the parents in two years. Just a few years back I would go cycling with the Dad and went running each week with the mum. Now it’s down to the occasional wave as we pass each other on a car journey.

Now looking at this old photo I am reminded of old friendships. Friendships which have been lost just like that photo was in an old box. It’s a reminder that the world moves on. Things change. Sometimes change goes against your well thought out plans and sadly sometimes change is not always for the better.

But then you look at that cheeky face in the photo and it’s impossible to be too downhearted for long.